Tip of the Ship 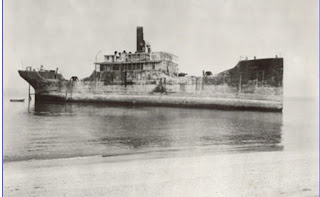 While driving around Cape May down the Jersey shore, this blogger once stumbled upon a curious sight just off the shoreline in an area known as Sunset Beach. It appeared to be the rusted portion of some kind of structure poking up straight out of the water at high tide. As the people in the vicinity paid little attention to it, I concluded that whatever it was, it had been there for a while.

Later, I learned this haunting anachronism I accidentally encountered was, in fact, the wreck of the S.S. Atlantus, one of an elite few concrete ships built for World War I’s Emergency Fleet circa 1918.

The Atlantus was actually launched a month after the end of the war, built by the Liberty Ship Building Company in Georgia to serve as a transport for returning U.S. troops. They radically opted for concrete as an alternative to steel which was in short supply during the war. The availability of steel soon saw the decommissioning of the concrete ships after the war had ended. 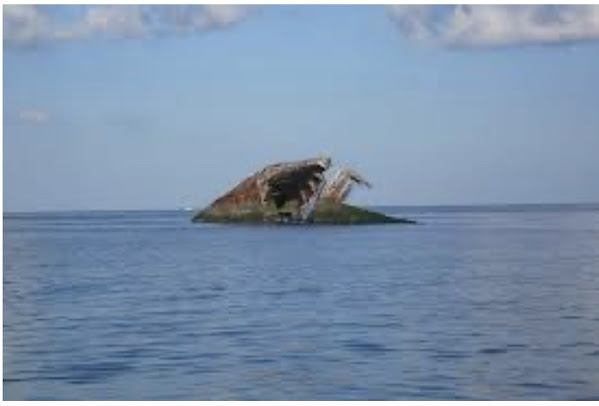 In 1926, while awaiting a new role in a ferry operation in Cape May County, the Atlantus broke free during a storm and ran aground 150 feet from the coast where the eroded hull still peeks above water today. For a time, a painted billboard hung on the wreckage advertising boat insurance.

We will inevitably see less of the historic shipwreck as years go by, epitomizing the temporary nature of history itself. Perhaps it symbolizes our perspective in the overall scope of history where the salty waters of time continue to slowly wash away that which remains of the past.