Coded Voices and Boxes That Talk 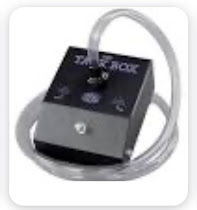 Dunlop Heil Talkbox HT1
Popular music has long boasted a fascinating arsenal of tools for the purposes of enhancement and experimentation in the recording of vocals and instruments. Two of the most groundbreaking and recognizable of these innovations were the talk box and the vocoder, both of which you’ve undoubtedly heard in countless songs, even if their names ring few bells.

Contrary to popular beliefs, the talk box doesn’t enable one to talk through a guitar or amplifier. It merely allows a guitarist to create musical sounds while playing and moving their mouth as notes are sounded. A plastic tube connected to an effects box receives amplified vibrations in the same manner as the singer’s own vocal chords. As the player sounds notes, the open end of the tube within their mouth enables the guitar’s pitch to mimic the mouthed sounds.

An iconic trend of rock in the 1970s made famous by Peter Frampton, it actually dated back to the late 1930s when jazz guitarist Alvino Rey recorded “St. Louis Blues” on his “talking” steel guitar, ‘Stringy.’ 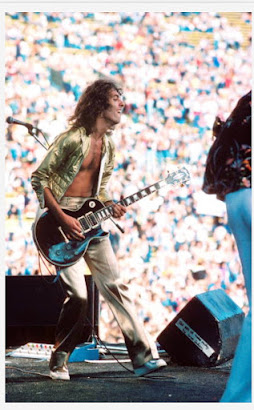 Peter Frampton in concert
Another steel guitarist, Pete Drake, an accomplished Nashville session player, used the invention to popular effect on his hit, “Forever.” It was actually Drake who introduced the talk box to Frampton although other guitar heroes like Jeff Beck and Joe Walsh employed it before him. It can also be heard on Rufus’s hit, “Tell Me Something Good”, Aerosmith’s “Sweet Emotion” and Pink Floyd’s “Pigs(Three Different Ones).” The talk box’s later appearances included hits by Kix, Bon Jovi snd Alice In Chains.

Often conflated with the talk box is the vocoder, a voice synthesizer used abundantly in popular music throughout the Seventies and early 1980s.

Developed in 1928 as an experimental means of carrying voice communication across long distances by reducing its bandwidth, it was actually employed for coded communication purposes during World War ll.

A vocoder essentially divides the voice into separate bands of frequency which are then sent through their own filters. The resulting sound occurs when each filter is adjusted to the frequency of the voice’s signal. 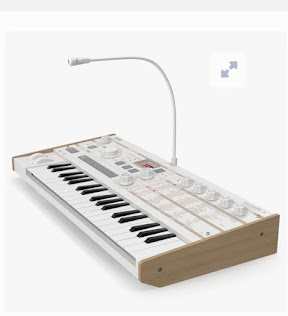 Korg synthesizer and vocoder
Usually adopting a cold and impersonal ‘robot-like’ sound, the vocoder became a common feature of popular music in rock’s ‘post-punk’ years where ‘new wave’ and electronic artists like Kraftwerk from West Germany experimented with it as a supplement to synthesizers and an alternative to singing. It can be heard in various degrees of usage in the music of many artists including Blue Öyster Cult, Alan Parsons Project, Alice Cooper, the Cars, Ozzy Osbourne, Paul McCartney, Michael Jackson and Neil Young.

Though the vocoder has inevitably dated somewhat since its heyday, its style and artistic influence are evident in the subsequent popularity of technologies like Auto-Tune, itself a processor whose initial purpose was to fine-tune singers’ voices in studio settings.

Do you feel like you hear music in ways that it sounds as opposed to the ways it is sung or played? Does some music sound more to you like ‘signals’ that are ‘filtered’ rather than actual voices and instrumentation?

“Just let the music speak for itself.” -Santana