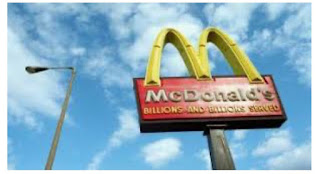 In recent months, the restaurant industry has seen a dramatic change in its traditional practices, forcing companies to alter their business models and rethink their style of operations amid lockdowns and stringent state health orders.

While many independent dine-in restaurants have switched to take-out or moved to outdoor seating, fast food chains that offer drive-through service have proven popular as occasional substitutes for grocery shopping. Consumers are ordering fast food perhaps less frequently but with increasingly larger orders for substantial food orders as opposed to quick bites on the go. 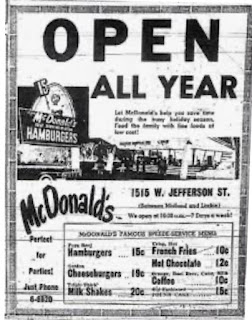 Omnipresent fast food chains have long been a source of convenience in a consistently busy culture and invariably revise and improve their menus and strategies to meet their customers’ growing needs.

One of the most recognized and trusted brands in the world is, undeniably, McDonald’s. The ubiquitous Golden Arches trademark that instantly signifies the hamburger chain is practically symbolic of the country that produced it, boasting over $21 billion in revenue a year, making it the largest restaurant chain in the world.

Its humble beginnings in the 1940s began when Richard and Maurice McDonald opened their first burger eatery in San Bernardino, California. 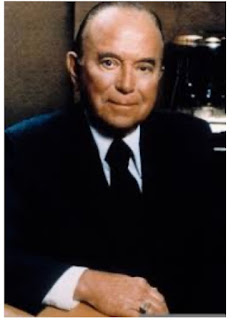 McDonalds' Ray Kroc
After the McDonald brothers were bought out by franchisee Ray Kroc in 1961, the corporate empire we know today began its inevitable global proliferation that shows little signs of slowing down.

How did the illustrious Colonel Sanders fit into all of this, you might ask? Well, the Indiana native who worked in a procession of jobs with little success was eventually selling home style meals at a Kentucky Shell service station by 1930. As his local appeal became more recognized, he was made an honorary Kentucky colonel in 1935 by the state governor. It was an arbitrary honor that he would use to his advantage as a slick and crafty gimmick. 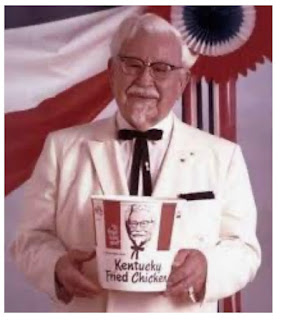 KFC's Colonel Sanders
By 1940 the Colonel was perfecting his “secret recipe” of herbs and spices used to enhance his fried chicken while pioneering the method of pressure cooking chicken as opposed to the slower pan frying method. In the 1950s he was traveling the country, pitching Kentucky Fried Chicken and its secret recipe to potential franchisees and assisting in restaurant openings.

By the mid-Sixties, there were over 600 KFCs and the aging Sanders had sold the corporation for $2 million but remained on as a spokesman and company ambassador. He continued to monitor franchisees’ quality with notorious shrewdness, particularly protective of his gravy and his eleven herbs and spices recipes. In fact, the trademark secret recipe is contained in the KFC headquarters vault, sent to locations from two separate distributors. 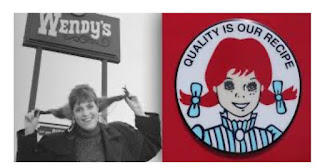 Wendy as company logo
So who is Wendy? Her name is actually Melinda Lou Morse but as a child she posed for a 1969 photograph in a blue and white dress sporting red pigtails. That image became the famous company logo for Wendy’s fast food hamburger chain. Her father, Dave Thomas was the head cook at an Indiana restaurant in the 1950s when Colonel Sanders showed up to sell his KFC brand to the owners.

The Colonel appreciated what the young Thomas had to offer and the two began plans to improve the franchise’s quality and reach. Thomas recommended that the Colonel appear in advertisements to further the franchise’s image. As Kentucky Fried Chicken gained its momentum, Thomas’s investments became instrumental in founding his own highly successful “old-fashioned hamburger” franchise with over 6,000 locations, for which Thomas would serve as a spokesman, acting in over 800 TV commercials until his death in 2002. 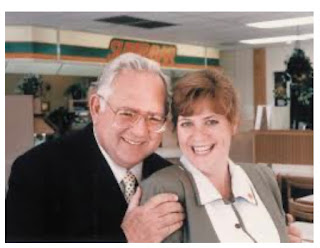 Dave Thomas and daughter Wendy
Today fast food is synonymous with the frantic lifestyles many Americans lead. Though nutrition tends to take a back seat to the growing need for fast service and quick calorie consumption, fast food fills an obvious void and its quality and appeal are manifested in its dominance throughout many lifestyles and cultures in all corners of the world.

Are you ‘on the go?’ Are your routines dictated by those necessities? Can you find a balance between them? That’s the trick, isn’t it?