This week the music world lost a seminal figure in rock and blues with the passing of singer, songwriter and guitarist Peter Green. Known peripherally to the average rock and roll fan, Green’s name might be more familiar than his body of work thanks to the subsequent stardom of the band he initially created.

Fleetwood Mac began in 1967 as a follow-up to Green’s tenure as lead guitarist in John Mayall’s Bluesbreakers, the premiere British blues act of the era. 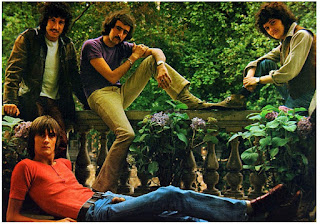 With the Bluesbreakers’ John McVie and Mick Fleetwood on bass and drums, respectively, the Mac rivaled the popularity of their former group and showcased Green’s signature guitar approach in addition to his soulful interpretations of blues standards. Green also wrote original blues numbers, rapidly evolving into a progressive style that produced the fan favorites, “Albatross”, “Oh Well”, and “Black Magic Woman” which Santana famously covered in 1970.

In Chicago, on a single day(January 4th, 1969), the band prolifically recorded two albums of blues recordings at Chess Studios with a group of their musical heroes that included Willie Dixon, Otis Spann and Buddy Guy. But in the Sixties, music and style were in a constant state of change and Green’s mind was in equal flux.

He soon began a downward spiral of disillusionment and drug addiction, resulting in his decision to quit the band in 1970. Giving away his belongings and walking away from music at the height of his fame, he cited religion as one of the factors in ditching the band he founded four years earlier. 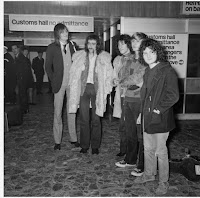 Many point to a single incidental detour as the breaking point in Green’s life. During a tour of Europe, Green attended an LSD party at a commune in Munich. It was soon after this event and his sudden associations with the commune’s members that Green exhibited noticeable changes in his mental state and extreme ideologies (Fleetwood Mac’s guitarist Danny Kirwan was said to have been with him at the commune, experiencing a concurrent decline in his own mental health). 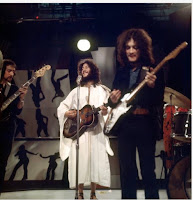 Diagnosed with schizophrenia, Green dropped out of the music scene altogether, at one point finding work digging graves. By this time, his former band was enjoying a level of commercial success that couldn’t have been imagined ten years earlier.

In time, Green triumphantly bounced back with the assistance of family and friends and he began playing guitar and recording again, much to the delight of his loyal fans. 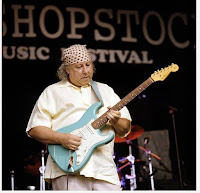 Recently, I had been thinking how time might be running out for the original Mac to reunite and perform again. It surely would have been an overdue occasion and an historical event to witness. Now, with Peter Green’s death it will never come to be. Are there any heroes you have missed due to the passage of time? Hopefully, you’ll still have some chances, but you might need to act soon.

“‘Cause there’s very few of us left, my friend,
from the days that used to be.” -Neil Young