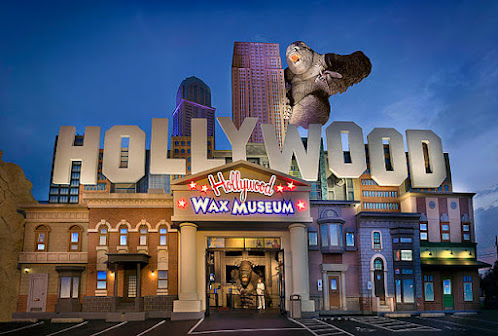 Copyright(C)Momwriter
The Hollywood Wax Museum is a top-notch tourist attraction where visitors are invited to “come play with the stars.” Luckily, you needn’t be in Hollywood to experience the acclaimed museum, although they appropriately boast a location there. You’ll find it on Hollywood Boulevard in Los Angeles where close encounters with all your cinema faves await you.
Each figure reportedly takes three months to create, employing six artists at one time. Can’t find your favorite movie star? The museum’s website allows fans to vote for the subjects of future wax figures. If 500 million others share your tastes, you just might get your wish next time you drop in! 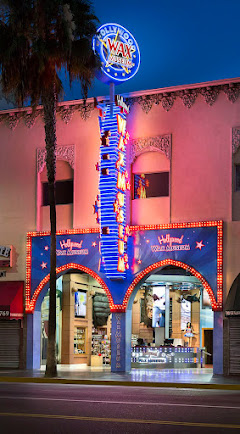 Copyright(C)Momwriter
But don’t yawn just yet. There’s no gazing behind glass panels here. Guests are encouraged to position themselves within imaginative set pieces for selfies. They even offer an array of props and accessories to make the pics legit.
Yes, you can finally dance with Marlene Dietrich, have a few yuks with Charlie Chaplin, pose with Marilyn Monroe, flex alongside Vin Diesel and run in fear from popular characters like King Kong, The Joker, The Terminator and Frankenstein’s Monster! It’s the place where you’ll mingle with the brightest stars in the world, no matter what list you’re on.
With three other locations in the U.S., there’s no reason not to go to Hollywood. The town is magically yours to behold in Branson, Missouri, Myrtle Beach, South Carolina and Pigeon Forge, Tennessee. Only one drawback, of course — Don’t expect too many autographs.
Email ThisBlogThis!Share to TwitterShare to FacebookShare to Pinterest
Labels: Branson, Hollywood, Hollywood attractions, Missouri, tourist attractions, wax figures, Wax museums 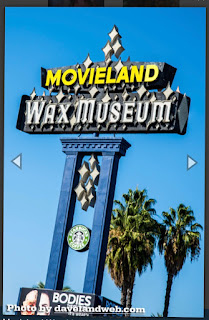 The golden years of Hollywood saw a nearly endless legion of talented actors and beloved stars come and go. At the Movieland Wax Museum in Buena Park, California, many of those figures actually gathered and lived together for decades... in wax.
Created in 1962 by Allen Parkinson, Movieland went through several shifts in ownership but enjoyed a hugely successful run as America’s biggest wax museum and a frequent tourist attraction. Visitors could gaze at their favorite screen icons and learn about their lives and work as they strolled through the building’s many ‘sets’ designed for the ambience of their Tinseltown subjects. 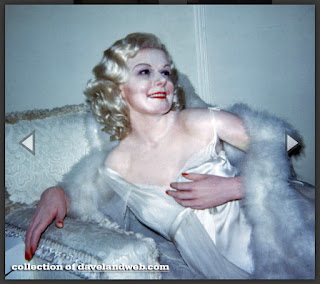 Those subjects included everyone from Rudolph Valentino and Tom Mix to Marilyn Monroe and Clark Gable to Jennifer Lopez. An accompanying ‘Starprint Gallery’ collected famous cement hand prints to view as well. 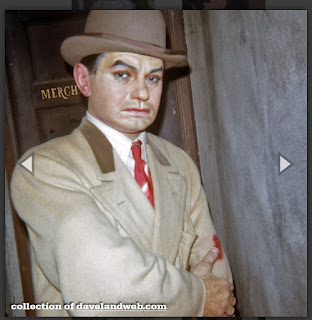 Inevitably, time has cast a curious shadow on some of the choices that the artists made for the subjects of their creations. Bill Clinton, Billy Ray Cyrus, Ricky Martin and the Olsen Twins are a few that might have seemed appropriate for about a week or two but now only serve to forever boggle your pop culture mind. 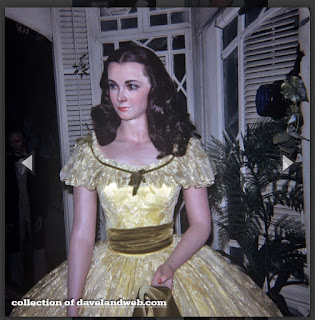 In 2005 the waxy star palace finally closed its doors after 43 unrivaled years. The building itself has since been demolished and will apparently be set aside for what will be the world’s largest butterfly observatory! 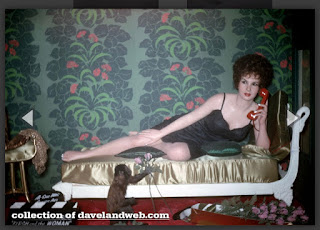 Now only a fantastic memory of ‘celluloid heroes’, the Movieland Wax Museum is remembered for its first-rate showcasing of those greats of the silver screen with imagination and artistry that brought it all to the masses in style. 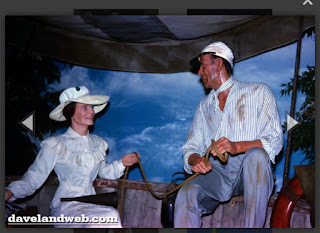 Acknowledgement: Thank you to Daveland for use of the photos in this story. Check out his blog, photography and art at davelandweb.com.

When the Circus Rocked Into Town 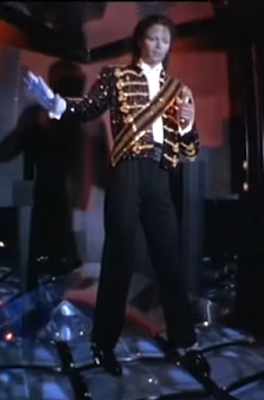 Copyright by Preview London (1992) Rock Circus
For about 12 years and through the duration of the 1990s, the celebrated Madame Tussaud’s featured a wildly ambitious and sensational wax museum and show in Piccadilly Circus that showcased the legends of rock and roll in an unprecedented multi-media experience.
The musical aspects of the dazzling but short-lived exhibit were emphasized by its animatronic technology which brought various performers to life using selected movement enhanced with audio synchronization and occasional special effects. Narration and song clips were played on visitors’ headsets using infra-red capabilities depending on where they were and what direction they were facing within the exhibit. The tour climaxed with an animatronic “live” concert which represented different styles, trends and stages in rock history. 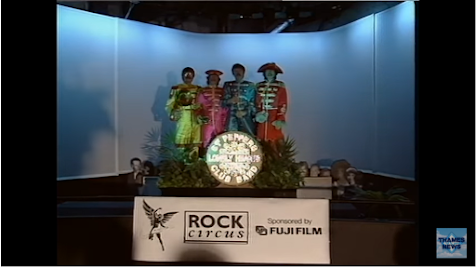 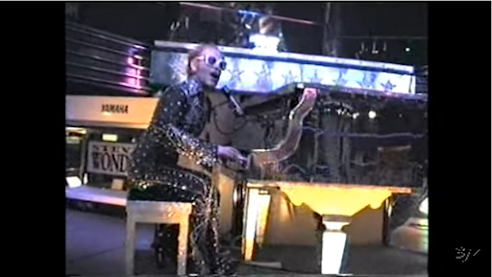 Copyright by ROCK CIRCUS. London. Piccadilly Circus 1993
While some of the exhibit’s thematic concepts were trite, erroneous and cliched, one can’t deny that they told an engaging and colorful story. Similarly, the revered roster of heroes was an overtly subjective one and understandably English. The absence of many major rock stars at Rock Circus would inevitably give scores of visitors cause to complain, spurn and mock. Indeed there were a number of inclusions that most rock fans would protest on the basis of having never heard their names before! 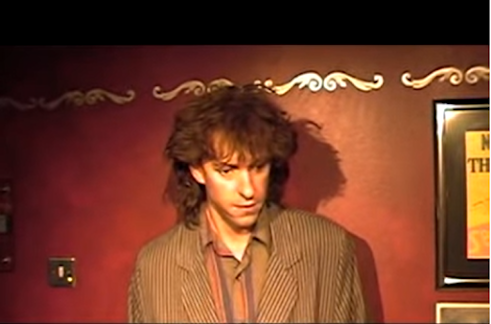 Copyright by Madame Tussauds Rock and Roll Museum
In any case, it would be financial reasons that led to Rock Circus’s 2001 closing and probably not matters regarding the content of the exhibit or its general popularity. For those Londoners and tourists who took that magical mystery tour, however, it proved quite “brilliant” and provided a once-in-a-lifetime glimpse at an idealized rock music journey that only the Madame herself could have pulled off. Rock on, blokes!
Email ThisBlogThis!Share to TwitterShare to FacebookShare to Pinterest
Labels: animatronics, London, Madame Tussaud’s, Madame Tussaud’s Rock Circus, rock and roll exhibits, rock music wax museums, Wax museums 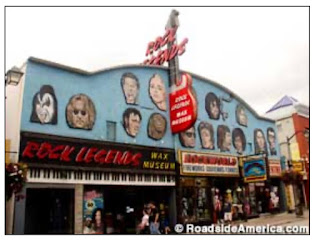 Pasquale Ramunno and his family sculpted out a unique niche when they created the Rock Legends Wax Museum in Niagara Falls, Ontario. Galleries of the sort are not uncommon across the world, though they generally feature who’s whos of famous figures from many walks of life, rarely specializing in one field (i.e., political leaders, entertainers, sports figures).
Having branched out from a rock and roll gift shop they opened in 1983, the Ramunnos started a new venture after featuring some Frank Zappa and Jim Morrison figures in ‘97. From then on, Pasquale continually added rock icons to the pantheon. Visitors got up close and personal with Led Zeppelin, Jimi Hendrix, Janis Joplin, Ozzy Osbourne, John Lennon, Little Richard, KISS (of course) and so many others. 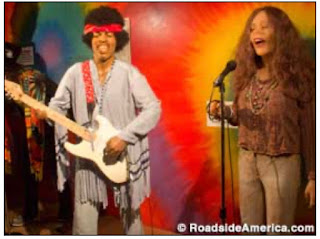 They weren’t all dead-on, but that wasn’t really the point. Art, like music itself, is interpretive and that’s precisely what Ramunno’s work conveys. Besides, where else could one find all those pop music heroes in one place? I’d take this tribute over that pretentious hall of conceit in Cleveland any day of the week.
Sadly, the museum has since closed, but some of the figures remain on display in the Rockworld store, including Alice Cooper, Gene Simmons, Slash and David Bowie. When in the vicinity, be sure to stop by 5020 Centre Street and feast your eyes on a rare and oddly fascinating mixture— rock and wax!
Acknowledgement: Thank you to Roadside America for the use of the photos in this story!
Email ThisBlogThis!Share to TwitterShare to FacebookShare to Pinterest
Labels: Niagara Falls, Niagara Falls Canada, Rock and Roll, rock and roll wax museums, rock legends, rock music, rock music shops, Wax museums
Newer Posts Older Posts Home
Subscribe to: Posts (Atom)