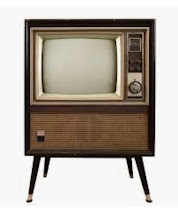 Within a relatively recent historical period, modern society has achieved the luxury and benefits of viewing the world through the scope of a variety of media outlets including print, radio and social media. All of these technologies can connect us promptly yet vicariously to the stories and events we otherwise couldn’t share or experience. 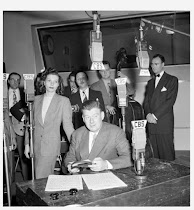 Front & center:
Arthur Godfrey
Undeniably, among the most revolutionary of these mediums was that of television.

A technological marvel that was developed by a succession of brilliant inventors throughout the 19th and 20th Centuries, TV’s aim was essentially to transmit images and sounds from a source to a receiver. Traditionally sent by radio waves(broadcasted), today it can also be received through cable, satellite and internet technologies. 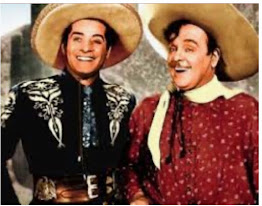 The Cisco Kid starring Duncan Renaldo
was the first TV
program filmed in color.
In short, the electronic television contained a cathode ray tube where electrons were beamed into an empty “vacuum” of the tube. The negatively charged electrons would then find their way to positively charged anodes on the screen. “Steering coils” would magnetically move the beam in various directions. Phosphorus dust on the inside of the screen would then emit light as the beams scanned across the screen in rows, forming the transmitted image. 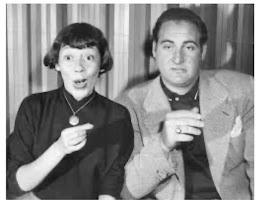 Imogene Coca & Sid Caesar
in Your Show of Shows
In the Twenties and Thirties, the first television stations in America were built with the first TV sets commercially available in 1938. The first TV program believed to have been broadcast was The Queen’s Messenger, ten years earlier.

None of these breakthroughs occurred overnight and television’s subsequent advancements, color and increased sound and image resolution have continued in a similarly unmitigated manner. 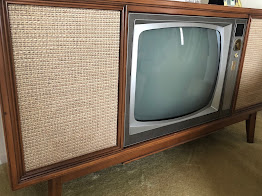 << This RCA Victor / radio / phonograph combination console was a wedding present to my parents from my uncle. As a toddler, my brother had watched the moon landing on this set.

In 1961, Newton Minnow, chairman of the Federal Communications Commission infamously declared television to be “a vast wasteland.” Unfortunately, I’d have to wholeheartedly agree although I think the denunciation might have been fifty years too soon.

Newton Minnow receiving the Presidential Medal of Freedom in 2016. >>

TV from the golden age undeniably provided great value in entertainment and information. For many, television’s appeal was only as alluring as the programming of the moment. Perhaps the source of Minnow’s criticisms simply resulted from the cancellation of some of his favorite shows.

Are there any great inventions you feel are ‘wasted?”

How and what would you have changed concerning them?