“If you listen to fools, the mob rules.”
--Black Sabbath

Peace Symbol
Symbols are undeniably useful tools in our world. They serve an unlimited array of purposes and the universal power they hold are obviated in their ubiquitous presence throughout all regions and cultures. They offer a means of communication without words or sound and can often convey more than that which is voiced or written.

yin and yang
Symbols play integral roles in everything from the signage of traffic safety to recognizable brand marketing to the identifiable representation of corporations, restaurants, sports teams and popular music bands. In many cultures, especially that of indigenous peoples, symbols go hand-in-hand with written and spoken language. 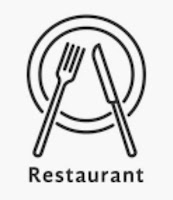 Food and lodging
Arguably, one of the most classic of all symbols is the peace symbol, which in the 1950s, was initially designed during British nuclear disarmament campaigns.

The yin and yang is another familiar design dating back to ancient China which signifies the codependency and unlikely harmony of two often opposed or contrasting concepts. Like Chi, the intrinsic energy flow through all living things, it is a prevalent force in the study of Chinese science, medicine and nature.

Scales of justice
Lately symbols are being exploited as a substitution for discourse and rational thought and action. The trendy stunt of toppling symbolic statues are rationalized as symbolic acts themselves by those who favor slogans and symbolism in half-baked activism running low on positive messages. 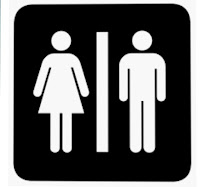 Public restroom symbol
If these actions are only in the name of symbolism than why destroy that which is, also, only symbolic? History invariably shows us that the destruction of societal symbols never ends merely with that destruction(or ends well at all, for that matter).

Are you symbol-minded? What are the symbols that mean something to you? Why do they speak to you? Please send me your thoughts: click here, or use the form below.