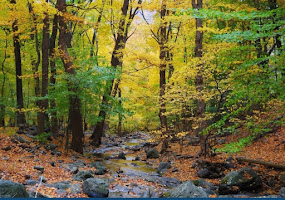 Between New Jersey and Pennsylvania one will find 70,000 acres of valley along the Delaware River between the low mountains of the Appalachians that attract hikers, boaters, rock climbers, rafters and campers among many others.

Along the Appalachian Trail lies the Delaware Water Gap, in essence, the place where the Delaware cuts between the Blue Mountains of Pennsylvania and the Kittatinny Ridge of New Jersey. 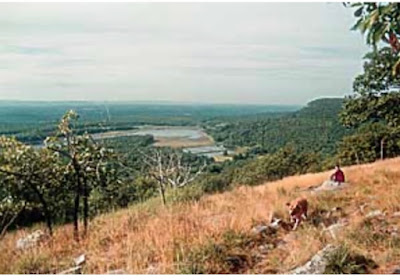 The resulting topography includes lakes, ponds, springs, ravines, overlooks, glens and forests which eventually helped to designate the Water Gap as a national recreation area of the East Coast. The ubiquitous footprint of history is adorned in the Water Gap’s countless trails. One such example is the remains of 17th Century Dutch mines and villages from the French and Indian War which stand on its New Jersey side.

The region boomed as a resort town by the beginning of the 20th Century. Today vacationers still venture to the destination for its recreational activities and spectacular sight-seeing.