Diners are a part of New
Jersey's image and history
Americans are beginning to see some of the effects that state lockdowns have had on local businesses. In many cases they either couldn’t adapt to the crisis for one reason or another or they lost too much time and revenue to pay their rent, utilities, workers etc.

One of my favorite local diners looks to have been resolutely affected by this crisis and will probably not reopen as the business that it had been for thirty years or so. It’s one more sad and disappointing reminder of how the country has been economically devastated in a variety of ways. 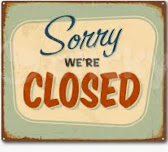 Must all good things
come to an end?
I can’t say that I have too many memories of the place but- wait! An odd reminiscence now comes to mind.

A local detective once told me that she had recently responded to a police call at the diner because one of the customers thought they saw Elvis Presley there(!) I found this to be slightly perplexing since Elvis sightings would seem to be low in critical nature within my limited understanding of police prioritization. 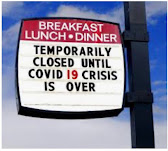 A sign of the times.
In any case, I don’t think the person in question turned out to be Elvis, nor did I believe it could even be possible.

The site of the alleged incident boasted a decent salad bar and reasonably-priced lunch and dinner specials but no all-you-can-eat deep-fried starch-fest that one would logically expect to be fit for the King. Besides, if it was him, what exactly were they prepared to do?

Another diner bites the dust.
This, of course, is all in accordance with a notorious long-standing supposition that the 42 year-old star never passed away 43 years ago(last week)on August 16th, 1977. But- were it true anyway, could an out-of-state police charge someone with a felony for faking their own death in another place, twenty-five years earlier? 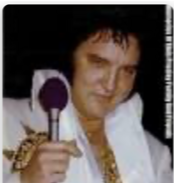