A Coliseum Ya Gotta See

The construction of the Flavian Amphitheater, as it was originally known, began in 72 AD under the Emperor Vespasian. Its completion in 80 AD was overseen by Vespasian’s son, Titus.
Created from limestone and volcanic rock, the ancient ‘Coliseum’ seated 55,000 people and although partially in ruins, still stands proudly in central Rome, east of the Roman Forum. But what exactly took place within that hallowed structure?
Nothing less than spectacular mock-battles and gladiator exhibitions were staged by Rome’s elite and voraciously cheered on by the Coliseum’s throngs. Often these spectacles were preceded by grand processions and pageantry in the form of criminal executions. 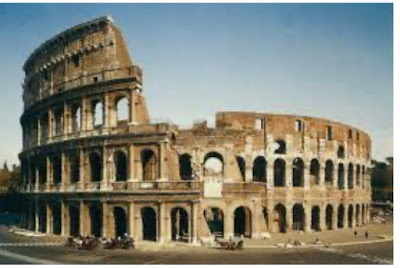 Thousands of wild lions, bears and dogs were slaughtered for a pre-game show as well as turned against condemned individuals in brutal executions. As with other historical atrocities, the act of human beings feeding fellow humans to animals for the arousal of other humans would seem inconceivable were it not for its perpetuity in our collective conscience leaving us slightly desensitized.

The gladiator matches which encompassed the ceremonies’ main event saw skilled men and women fighters enter the Coliseum on foot or horseback wielding swords, shields, tridents and nets to battle their opponents until injury, stalemate or death concluded the match. 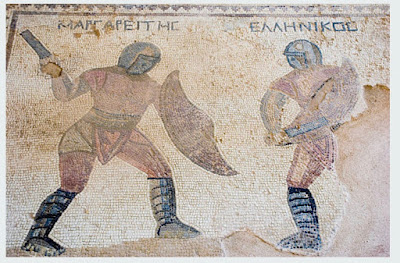 These exhibitions were carried out by fighters of varied social standings including veteran soldiers, slaves and knights who often competed to engage in combat merely for the fame, attention and honor.

Following subsequent periods where the Coliseum became a church(ironically) and fortress, it fell to lightning and earthquakes before laying derelict as a quarry, its marble and trimmings pillaged for centuries. 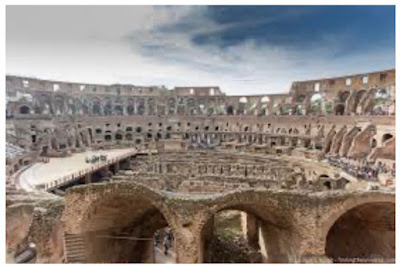 Restoration of the Coliseum probably began in the 1800s and continued into the 1990s. Today it boasts almost 7,000,000 annual visitors as one of Europe’s great tourist attractions.

Not surprisingly, movie crews have ventured out to this historic arena on many occasions, beckoned by its ancient aura. Some films that prominently featured the Coliseum include Roman Holiday starring Gregory Peck and Audrey Hepburn, Return of the Dragon/Way of the Dragon starring Bruce Lee and Chuck Norris and (of course) Gladiator starring Russell Crowe.

It all stands to reason... that all roads, in fact, lead to Rome.
Email ThisBlogThis!Share to TwitterShare to FacebookShare to Pinterest
Labels: Coliseum, Combat, Executions, Gladiators, Rome, Titus, Vespasian
Older Posts Home
Subscribe to: Posts (Atom)